Alexis Zorbas is became a young woman from Ikaria. More precisely, she would like to be from Ikaria, but, in fact, she lives in Athens... 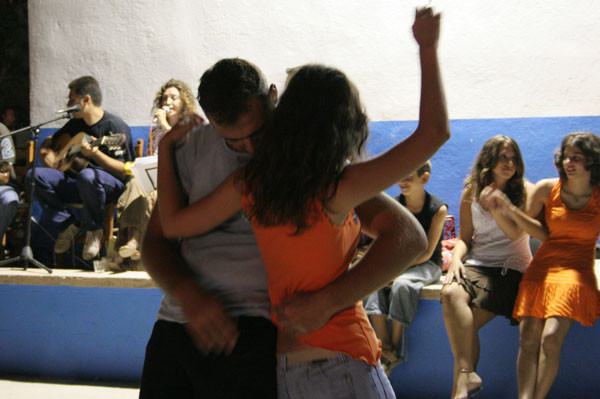 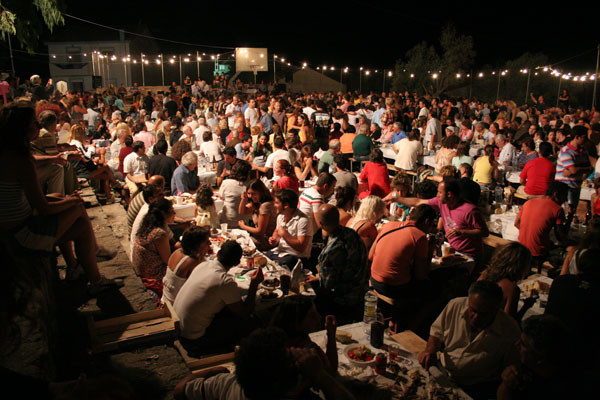 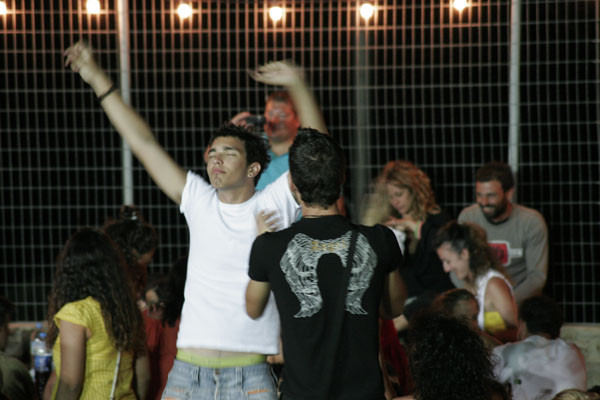 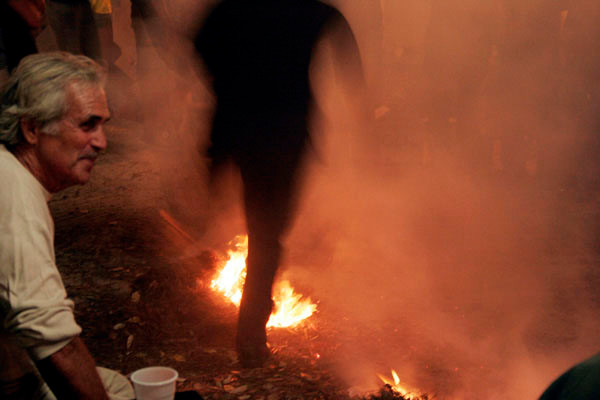 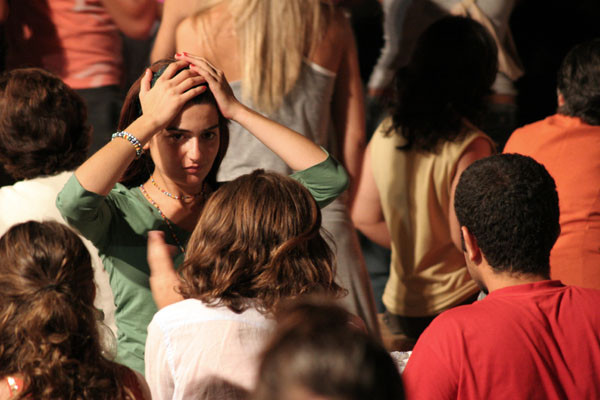 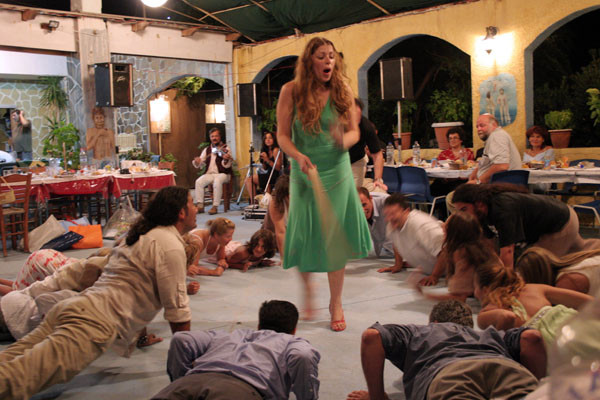 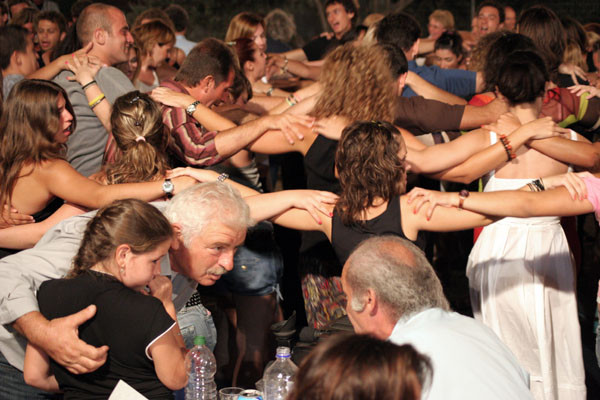 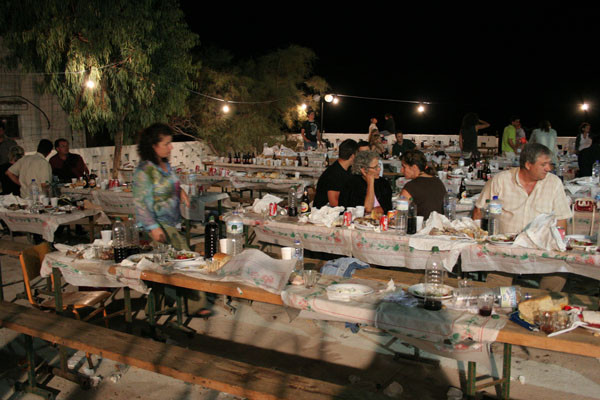 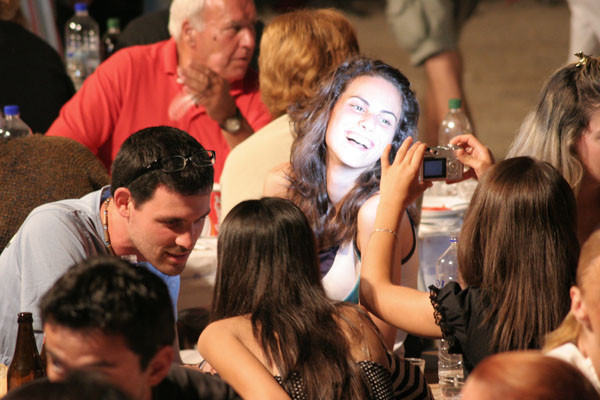 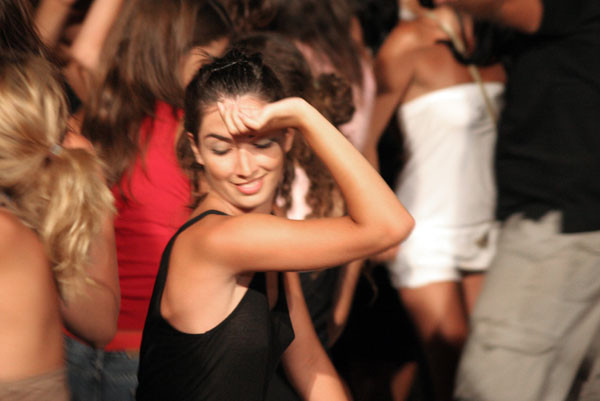 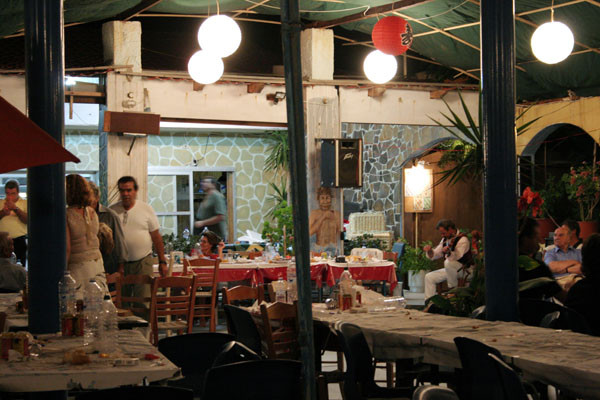 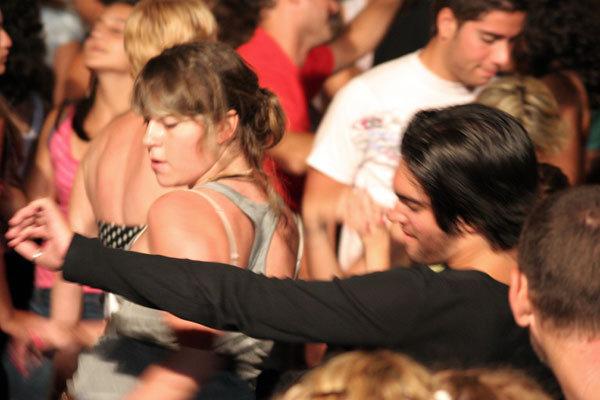 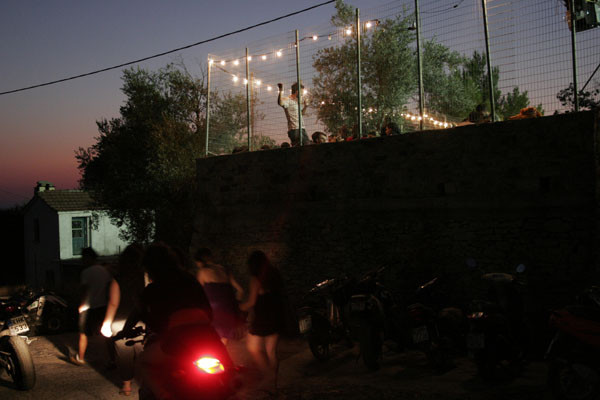 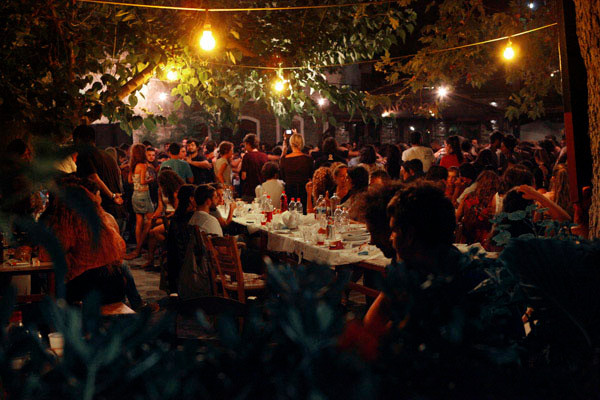 I did my utmost.
First, I had to get the right equipment together: a telephoto lens, as well as a one-legged tripod. I then, quickly, enlarged the external memory capacity for the camera, booked a flight, a place to stay and arranged for 4 weeks holiday. This was, of course, preceded by many years of observing the situation such events take place in. Nonetheless, I could have done better. It was an enormous effort and many of the photographs taken could not be used. It also entailed a great deal of confidence that I wasn’t sure if I had or not.


The result:
Alexis Zorbas is became a young woman from Ikaria. More precisely, she would like to be from Ikaria, but, in fact, she lives in Athens.

I attended my first ‚pangiri’ in 1983 in Raches. Home-made wine was served in beer bottles and a cooked goat was served in newspaper. When I returned, years later, the newspaper was replaced progressively by packing paper. Nowadays, the wine is served in water bottles and there is also Coca-Cola and mineral water now. Yet the music has remained the same, as have the dances, except that now, more people participate.

Greek television broadcasts promotional clips about the Panigiria on the island of Ikaria, where one can join the locals in dancing and celebrating in an authentic manner. What a brilliant and unique selling point as a marketing strategy (anyone who’s ever celebrated elsewhere will concur). Closer to the action, however, publicity takes a more basic form, usually as hand-drawn leaflets in Greek. A basic knowledge of the Greek language (one ought to, at least, recognise the word ‘pangiri’ written in Greek), a decent map and/or a good ear (to ascertain where the event will take place) would be advantageous.

We always either walked or hitchhiked to each ‘pangiri’. We failed to find ‘Langada’, known as ‘the Greek Woodstock’, after three years of trying. Motorised transport could prove helpful if one can succeed, as we didn’t, in renting one. Without a car, or an ‘enduro’,? or a motorbike or bicycle (forget it Fritz!), and then being at the wrong place at the wrong time when attempting to hitchhike, one never knows where one will end up. More than 2.000 people had come to this isolated village in the mountains that can only be reached by following a 20-kilometre long gravel track. There isn’t even electricity there! All the food was already devoured at 6pm, as this event is a daytime ‘pangiri’.

So we headed, disappointed, back to where we were staying, on foot. As we vied for derogatory words for the panigiri in Langada, an obviously lost car in rather bad repair, containing four stoned hippies approached. The car stopped and those inside asked us, clueless tourists, if we knew how to get to Langada. We described the route and watched their car disappear along the road.

We then headed for Gialiskari. Along the way, we had decided that it sounded like a good place to visit. It was, indeed, very nice. There was no shortage of celebrations to partake in on August 15.

The Oriental Dance came to the Greek islands with the ethnic Greeks who were forced to leave Turkey during the tribulations that followed the end of the Ottoman empire. In good weather, one can see the Turkish coast from Ikaria; the islands of Chios, Tinos and Mykonos are visible as well. Tangos and waltzes, Tsiftedelli, Zeimbekiko (occasional solos for men) and, again and again, a long version of Ikariotikos could heard. The violin becomes ever more quiet, then loud again, and the audience moves ecstatically to the music. 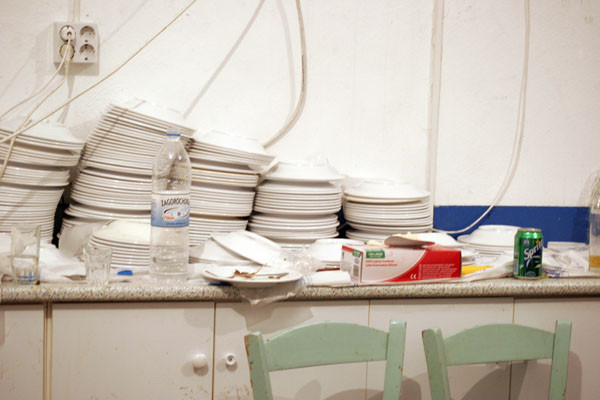 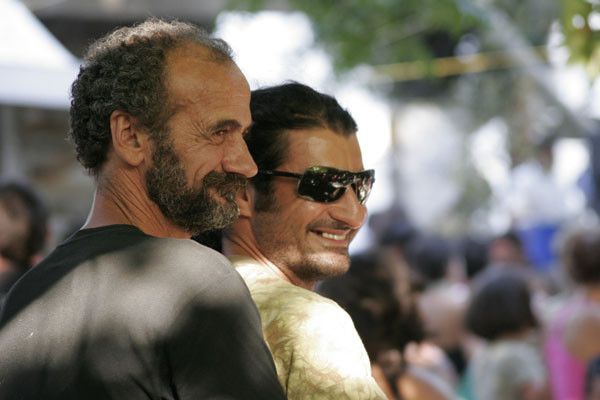 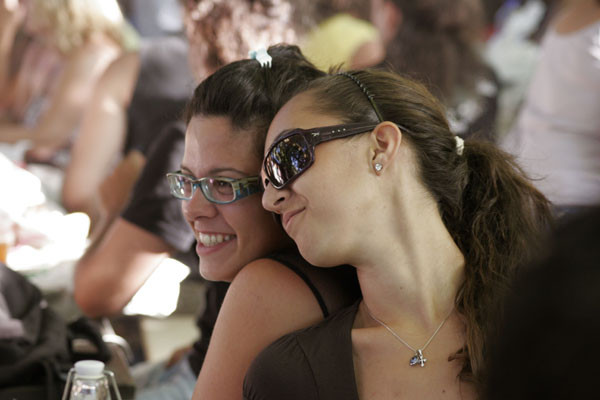 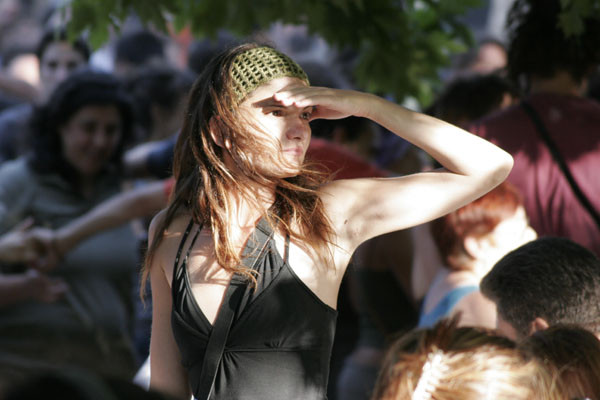 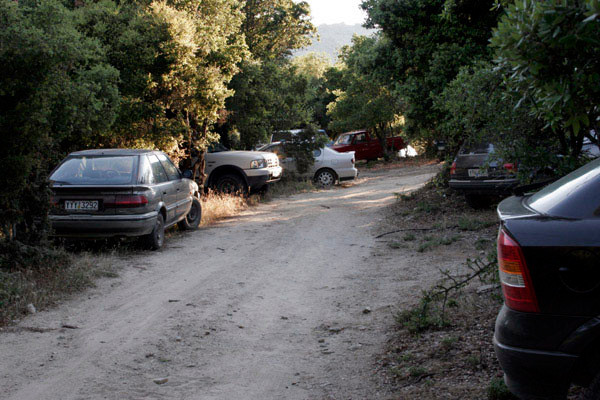 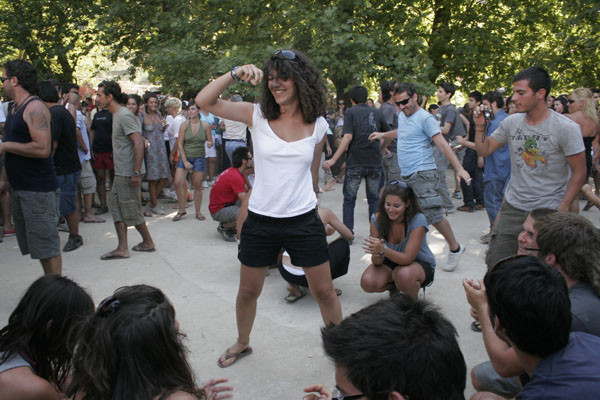 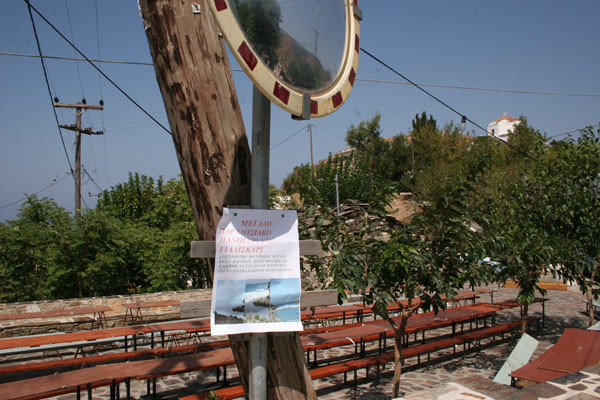 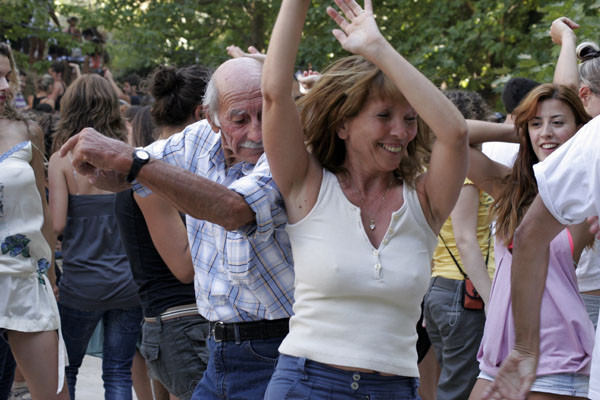 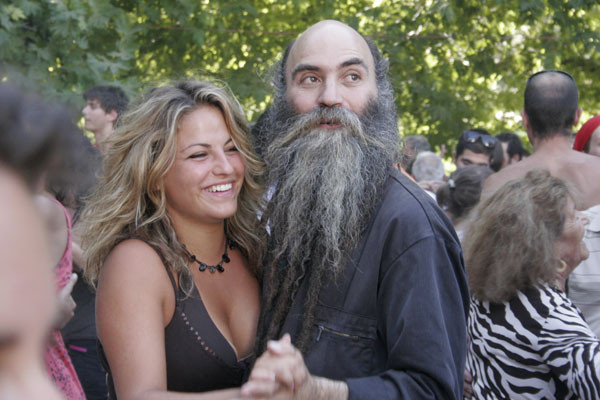 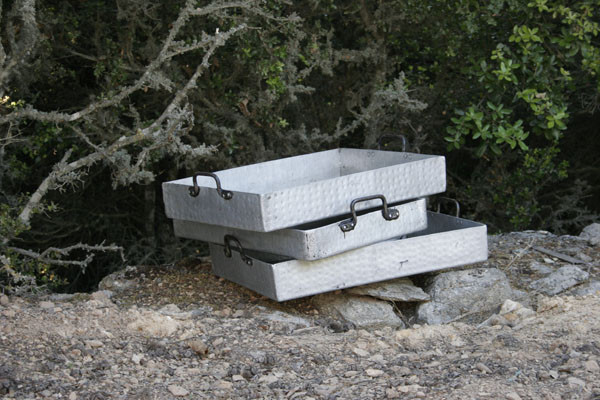 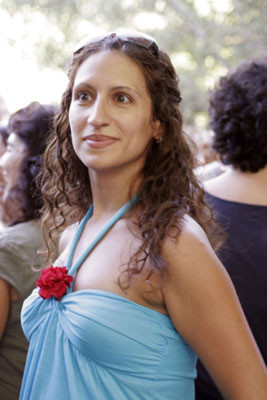 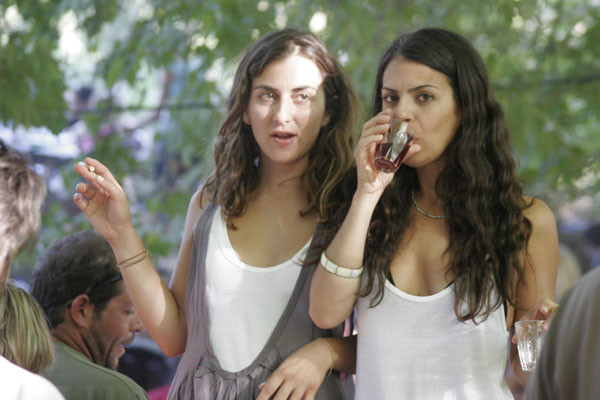 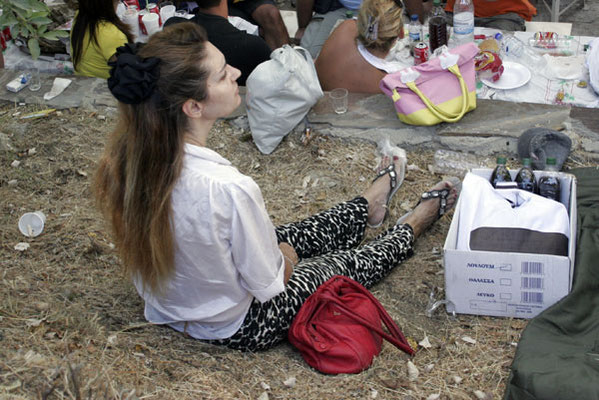 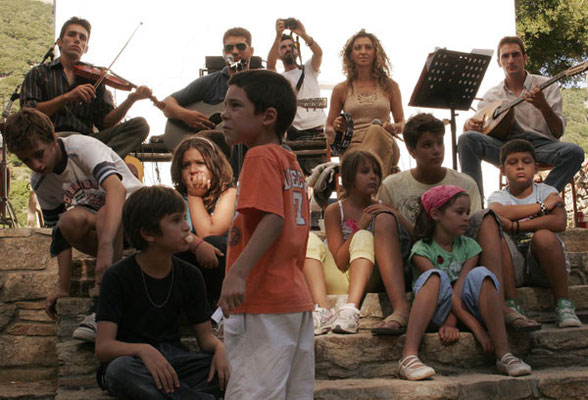 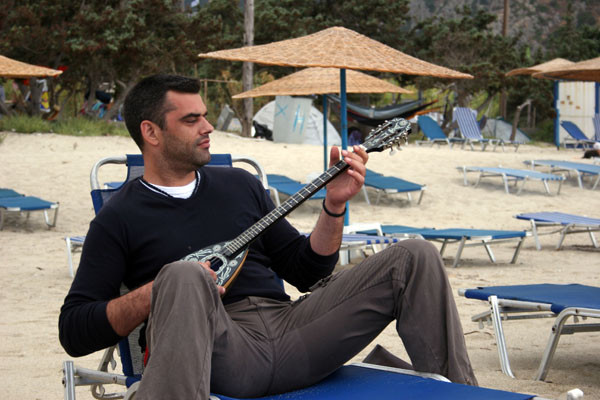